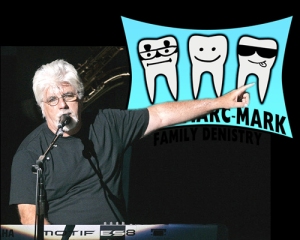 Michael McDonald points to his favorite Mark while recording at Z's home studio.

Today one of our favorite clients came in: Music Legend Michael McDonald. Since he’s one of our bros, he agreed to cover our theme song for practically nothing ($20,000). If you’re a younger patient and don’t know who Michael McDonald is, then be prepared to hear more soul in one cover than in an infinite opus sung by a chorus of 1,000,000 harvested Justin Bieber souls. When a song’s this soulful, it doesn’t matter than you can barely make out any of the lyrics. If you actually care about that crap, you’ll find them  below this INCREDIBLE track:

What’s up fools? Just got out of the home studio where I was w/ a certain mega celeb who just recorded a new radio spot for our practice. I haven’t censored it yet so this one’s for for cool kids only.

Schuster and Kaye: Listen, we had drinks and I convinced him to do this spot for practically nothing. I know I didn’t run the copy by you guys but sometimes you just gotta roll with it when you’re feelin’ it. M-Lo is so fucking cool I’ll tell you what he said about MPG later. AMAZING.

New Game! Guess what part of my body this is. 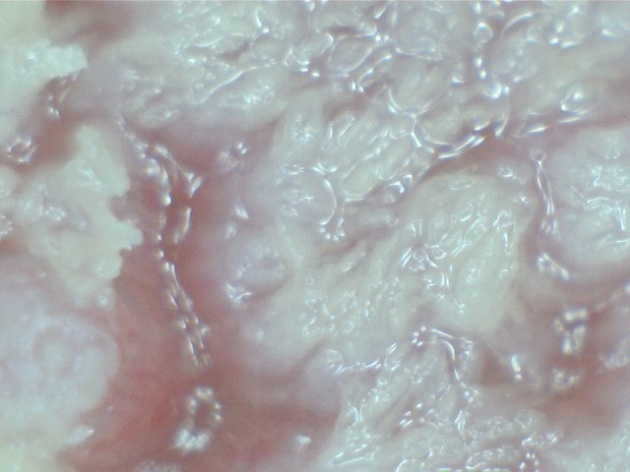 Winners will be announced every alternate Thursday. Prizes include your choice of one book from the bottom four rows of Dr. Schuster’s bookshelf.*

*offer applies only to the bookshelf in the office. Dr. Schuster’s library at Dr. Zeidman’s home is not part of the giveaway.

If there’s one thing that kid’s don’t appreciate these days, it’s a good opera.  Well, I’ve taken it upon myself to put together a project that will mix opera with sugar.  In this case the sugar is made of a few things that kids these days can’t get enough of: Airbenders, techno and that owl movie.  This is the musical story of the Windwinder.  I’ve been working for days on this now, and I’ve already composed a beautiful ballad that will hopefully entice any children’s techno-opera producers or agents to help me get funding.  Enjoy the below track!

Like Loading...
I have nothing against Japanese people. I love sushi. In fact, I even plan to go to Tokyo someday.  I find Japanese women to be very sexy (they seem to be more tan and less pan-faced than the Chinese)  But with all do respect…
ARE THEY ALL RETARDED OVER THERE??? 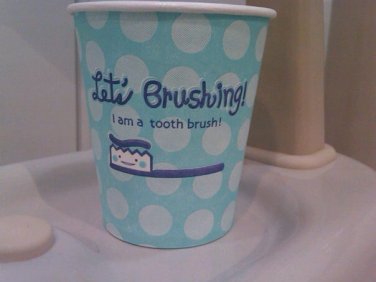 A good buddy of mine from my high-stakes gambling days is living in Japan right now.  He sent me this pic (above) of the rinse cups his Japanese dentist uses.  Jesus Japan, is it that hard to write a simple phrase????  You can’t hire a person who speaks English to write the copy for your ‘American’-style cups????  This is why I will never buy a Toyota.  “Let’s Brushing?” ARE YOU KIDDING ME???? LET’S BRUSHING?????  I would rather kill myself with a water pick than drink out of a cup that says ‘LET’S BRUSHING!’  And then, ‘I am a toothbrush.’  I AM A TOOTHBRUSH???? ARE YOU PEOPLE BABIES?????  I MEAN COME ON OF COURSE IT’S A TOOTH BRUSH!!! Haven’t you people ever heard of SHOW DON’T TELL???? Oh and nice flaccid expression on that gay-wad brush.  That thing has about as much emotion as Japanese people. 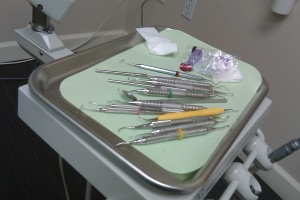 We might be the only family dentistry practice in Los Angeles to give discounts for Twitter followers, Tumblr fanatics and fan club members, but we’re not going to let it go to our heads.

We’re going to continue to bring you more hip deals, more fun promotions and be the mORAL leaders in the community that you have come to know and love.  We’ll chew out anybody who doesn’t get the dad-GUM importance of brushing and flossing with MONDAY FUNDAYS, for example.  Or maybe you want to get 10% off your cleaning on TOOTHsday (Tuesday)… Yes, there are tons of things that we have for you.

Too bad he didn’t leave his heart with lower cholesterol!

Like I used to tell Diane, you have to know where you’ve been to jive to where you’re going. Which is why, when we began dating, I provided her with a list of references.

That’s why I’ve started Tistory Tuesday – a multi-part series documenting the history of our noble profession, from Earth’s creation 6,000 years ago to today.

Dentists have held an important role in society throughout human history.  As a matter of fact, studies show that early Assyrians chose their leaders based on who had the best smiles.  In Ancient Egypt, before Pharoahs were said to be part god and part king, they were said to “have tith [teeth] that shown as brightly as the eye of Ra, and sharper than the crocodile’s cunning.”

But of all the important inventions that separate modern ToothJocks from our ancestors, there’s one that stands head and shoulders above the rest – or should I say, collar and sleeve? Of course, I’m referring to the labcoat.

The lab coat is a symbol of learning in Argentina, where it is worn by students.

But how did the labcoat catch on in America? Well, like all our best music, it really caught on in the 1960s.

Labcoats have always been a symbol of peace, love, and staying warm without resorting to such unprofessional attire as “hoodies.”  But lest we forget their most important purpose – sex appeal!

I’m normally a smile-man, but even I would go for the legs on her!  I wonder how she got so toned? I spend 45 minutes on the stair master twice a week and all I have to show for it is massive thighs that barely fit in my cargo pants.
But let’s look towards the future.  What’s next for the trusty labcoat? Stain-resistant sleeves?  Self-drying hem?  Being a member of the International Labcoat League (I.L.L.,) I’m privy to all kind of pilot programs, and have been beta testing one prototype that I’m particularly excited about, especially for the after-lunch appointments (garlic-breath has been known to shorten careers by years and, in extreme cases, lead to cataracts.)
I’m talking about the full-body DentaSuit 64.

If you’re as excited about the DentaSuit as I am, consider donating to the I.L.L.  Your tax deductible donation can help spread the I.L.L.ness by keeping us all healthy… and sylin‘.

Vacations are a way to remind you of how nice work is.

QUICK TIP:  Don’t put off that vacation!  Get it out of the way!

Those are the weekends I spend with my family. This weekend is one of those weekends.

After a weekend away with Pam and Sam off at some overpriced hotel doing nothing productive and spending every waking hour trying to make them happy, there is nothing more exciting than waking up on Monday morning and getting back to work.

Thanks to my family I can really appreciate the workweek. It’s because of them that I am inspired to be away from home for days and work on becoming a better dentist.